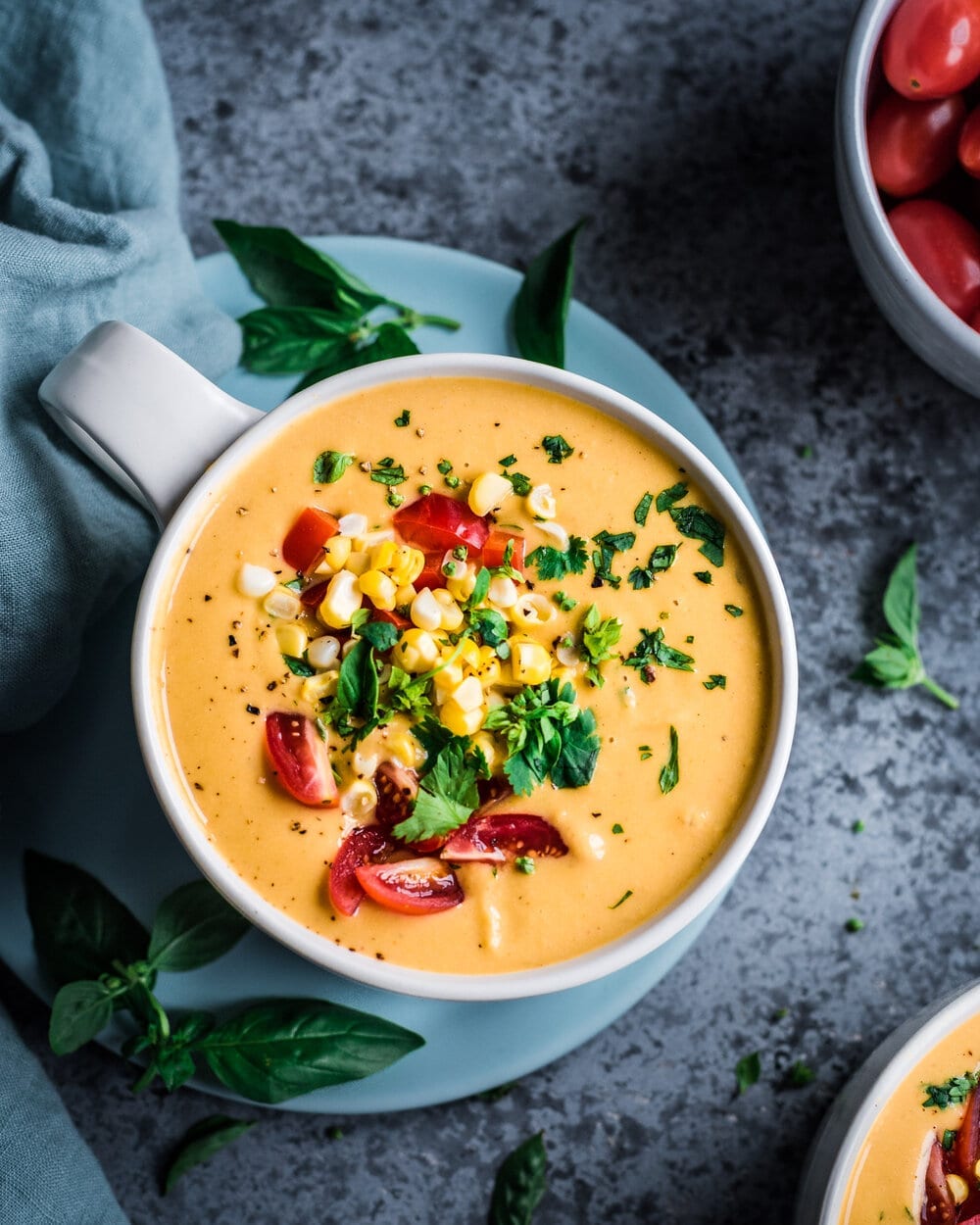 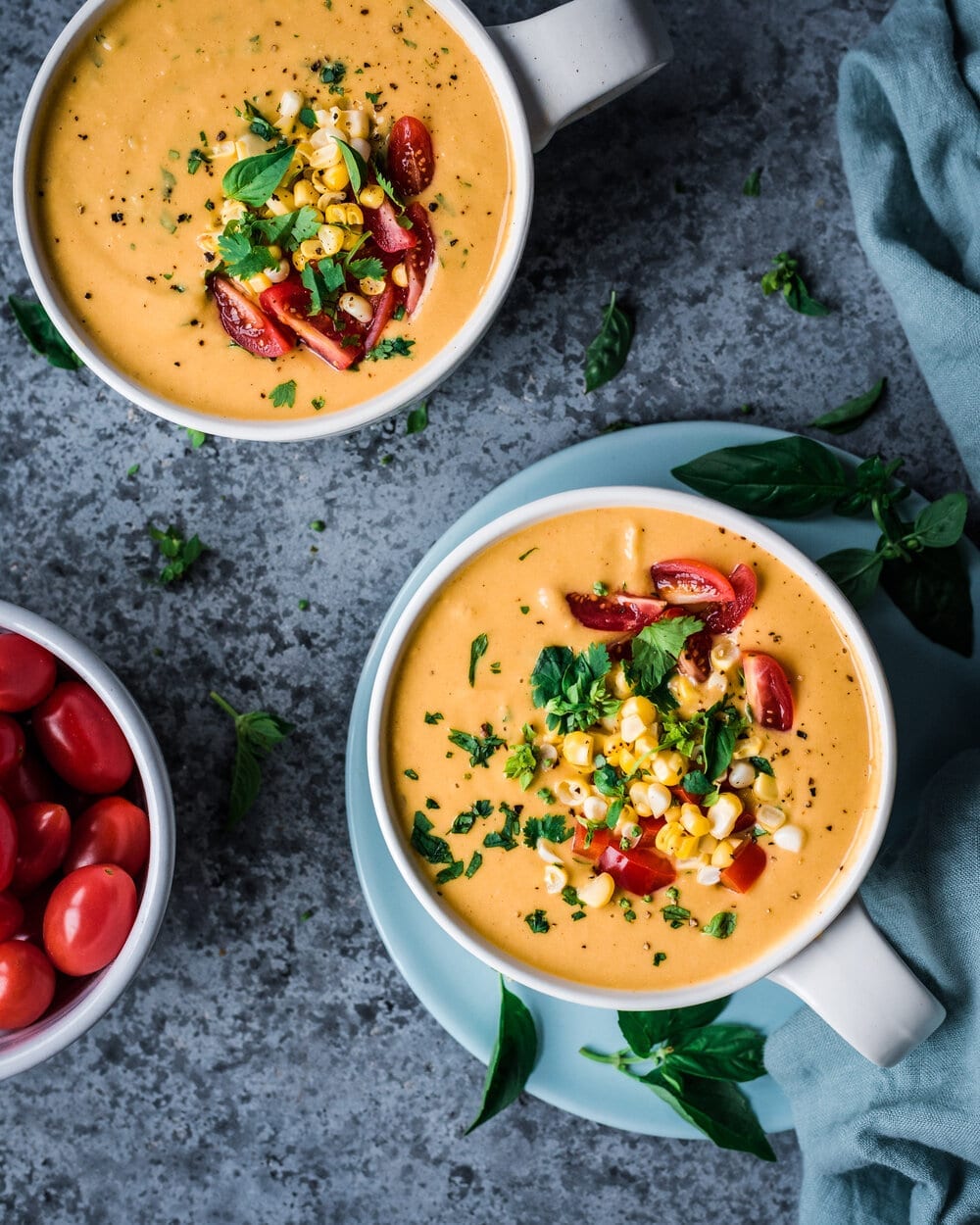 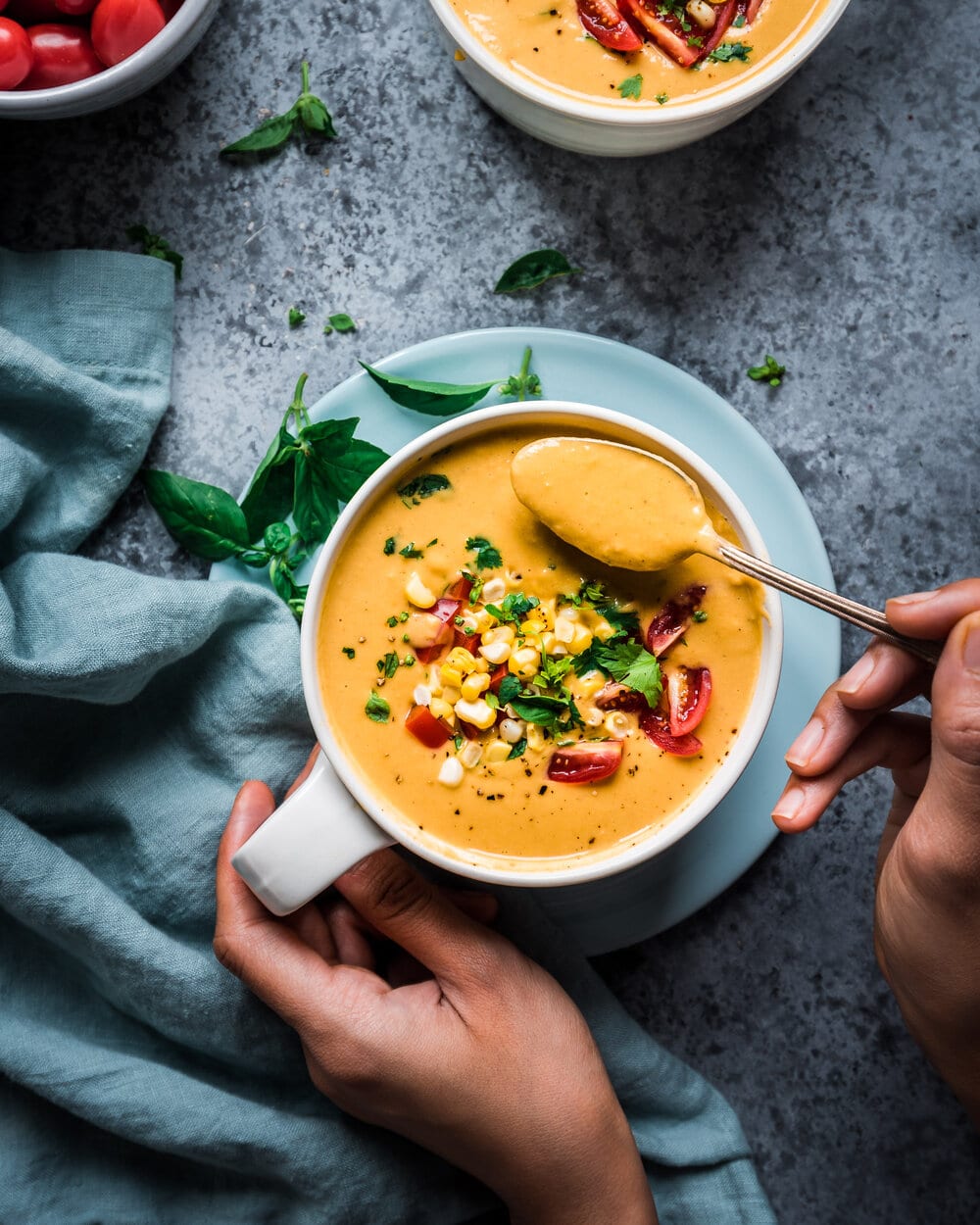 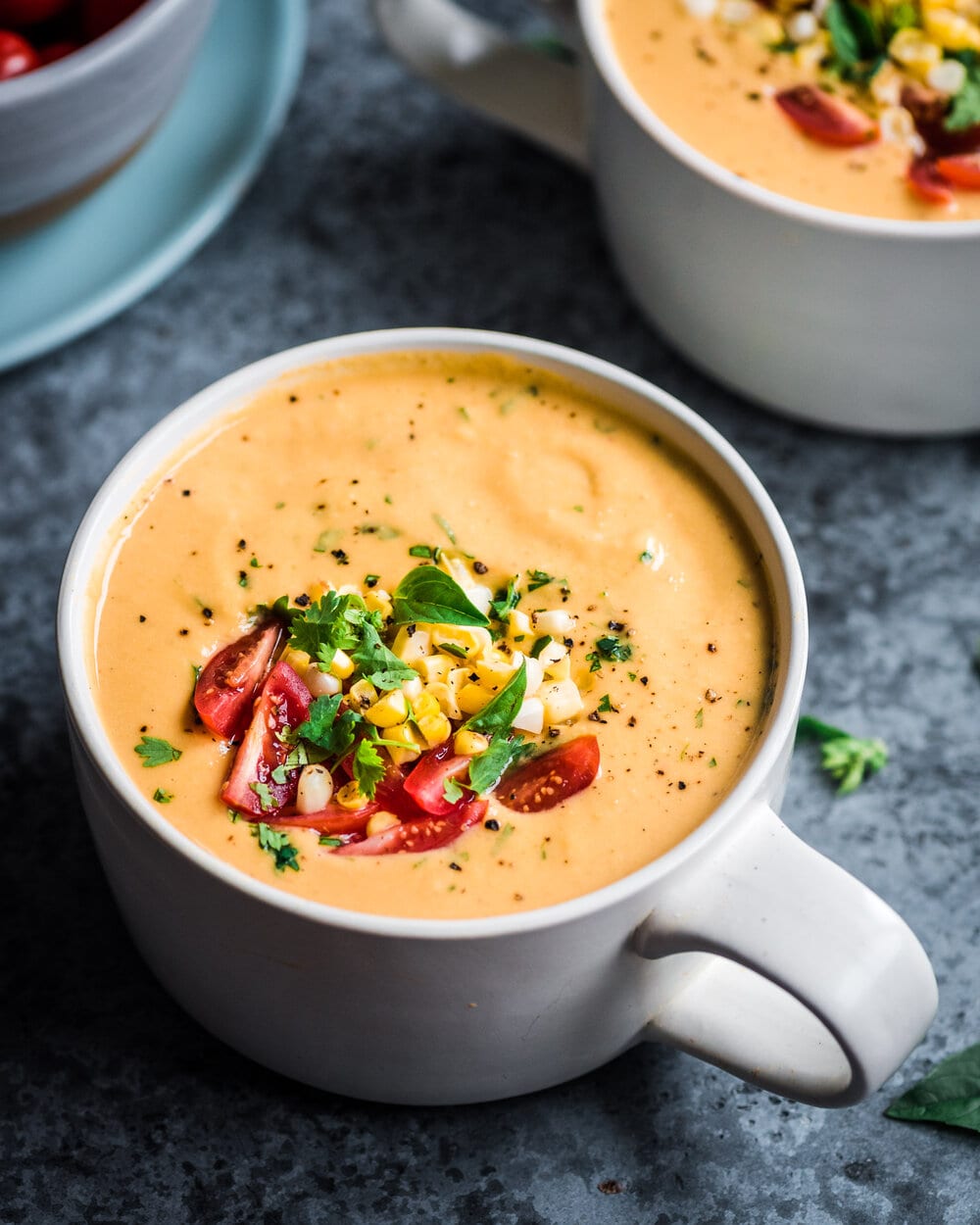 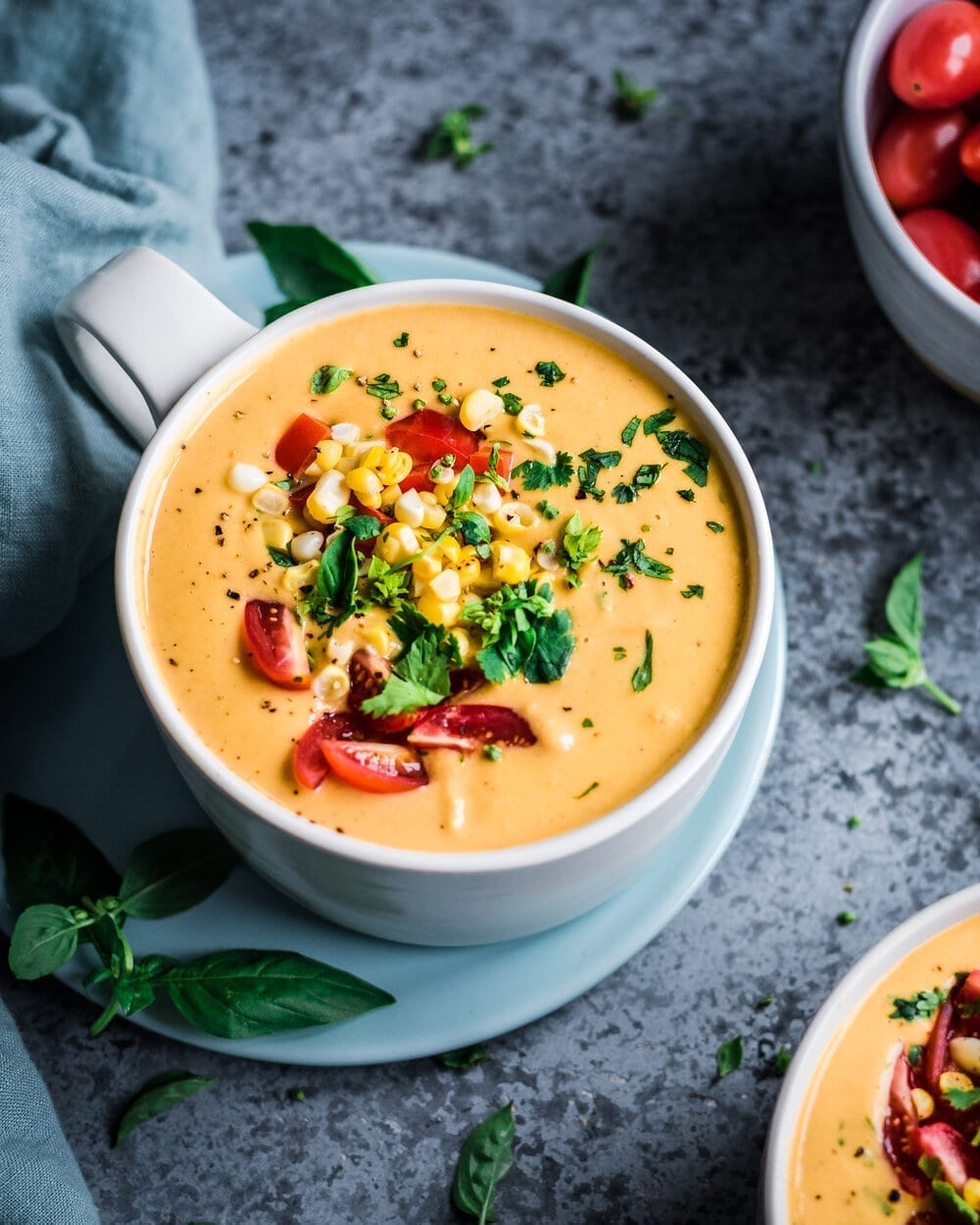 This is the best corn chowder you will ever taste and it’s so easy, thanks to the Instant Pot! It’s a recipe from my cookbook, The Vegan Instant Pot Cookbook! Featuring fresh corn and jalapeños, along with potatoes and cashews for a corn chowder that’s as creamy as a bisque!
Prep Time: 30 mins
Cook Time: 35 mins
Total Time: 1 hr 5 mins
Course: Appetizer, Dinner, Lunch, Side Dish, Soup
Cuisine: American
Diet Vegan
Serving size: 6 with bread